Spelling: American vs British vs Canadian 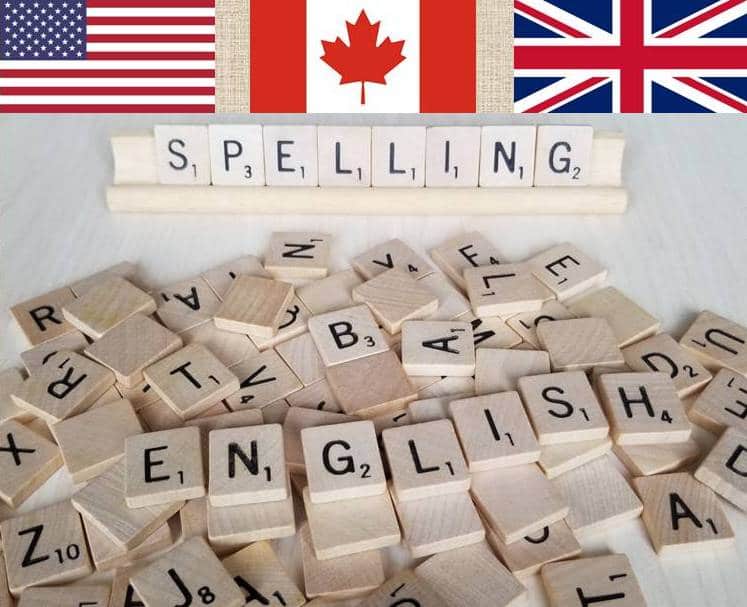 Have you ever noticed multiple spellings for some words? These differences are largely due to “American” spelling versus “British” spelling of words.

We Canadians generally use a mix of both in our correspondence. Some tend to use American spelling more frequently and consistently, others gravitate towards British spelling. In part, I think it goes back to what you were taught in school. Also, in my experience, many Canadians who write professionally, or write regularly as part of their job, tend more towards the use of British spelling. I fall in that category for my own writing. Having said that, when I compiled the lists below, I realized there are some words where I consistently use the American spelling, particularly for item #3 – it turns out that this is convention in Canada, not just individual preference.

Interestingly, a discussion with my proof reader, Ramona Rea, generated conflicting opinions on what is individual preference versus formal convention for spelling in Canada. That sent me back to do some further research to elucidate which is the case, but it didn’t really solve the problem. Turns out we were both right, and both wrong, on various points. It’s complicated! And I’ve learned something in the process.

So – what are the differences?

And sometimes in the middle of the word, or before “l”

In Canada, both versions are acceptable, but there are regional variations on preference.

In Canada, it is convention to use the British spelling, but with some regional differences.

Canadian examples:
I have a driver’s licence. (noun)
The company licensed its product. (verb)
It’s time for hockey practice. (noun)
I have to practise the piano. (verb)

However, I’ve seen many Americans prefer the “gue” spelling in this case. And Canadians use the British spellings.

8. And finally, miscellaneous other words that are spelled differently:

Once again, Canadians use some American spellings and some British spellings.

Which version(s) do you prefer to use?

When editing or writing manuscripts, I adjust the spelling according to the nationality of the journal where the paper will be submitted:

If Canadian English is not your first language, and you’re targeting your writing for a Canadian journal or audience, it’s probably best to use the services of a Canadian copy editor to ensure the spelling is correct and consistent in your paper.

Spelling is tricky! I hope you found this tip helpful. I’d appreciate your feedback, and I welcome suggestions for future weekly writing tips.