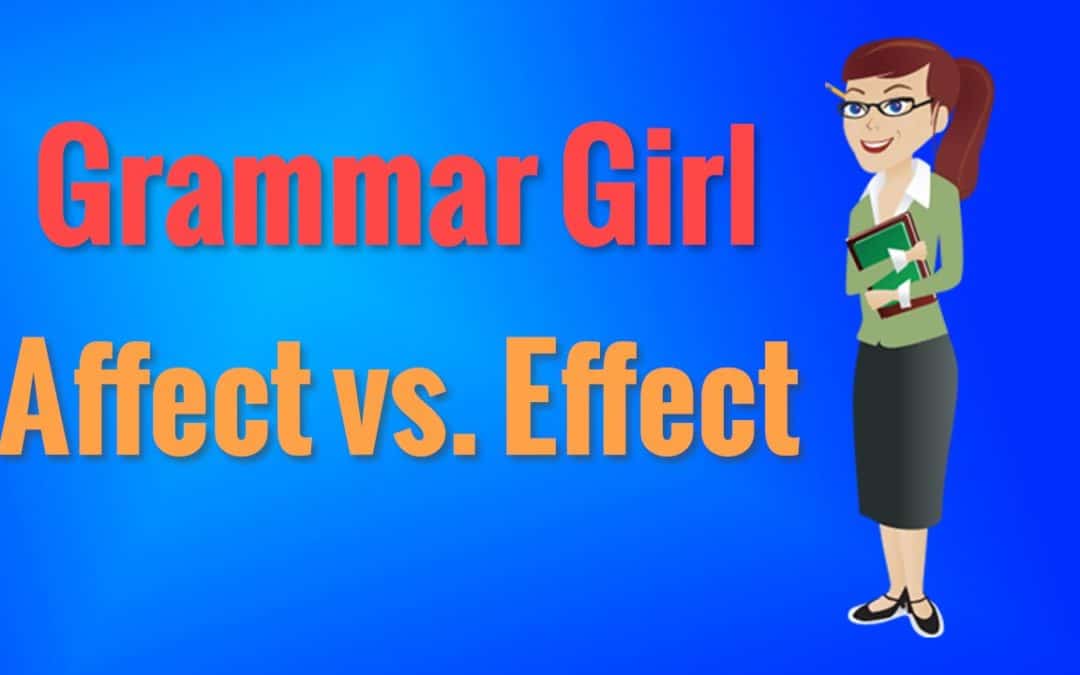 According to a Twitter poll I conducted recently, numerous people are challenged to use the words “affect” and “effect” correctly. These terms come up frequently in scientific and medical writing.

Affect is commonly used as a verb, meaning to impact on, to influence, or to produce a change in something:

The medicine will affect your eyesight for at least an hour.
Gravity affects everything in the universe.
His teaching methods affected me greatly.

Effect is commonly used as a noun, meaning the result or outcome of an influence, or a particular look, sound or impression that an artist or writer wants to create:

You’ll feel the effect of the medication in the next twenty minutes.
The beneficial effects of the exercise are well documented.
His teaching methods had such an effect on me.
The bright colors in the room had a stirring effect on the students.

Thus, if A affects B, then B experiences the effect of A’s action.

Ways to Remember the Difference

I am able to affect the situation by acting, and then I see the effect or end result.

2. Affect is first alphabetically, and action comes before the result or effect.

3. Use the RAVEN mnemonic:

And just when you think you have it figured out and can keep it straight in your head, we’ll talk about the exceptions. Because in the English language, there are always exceptions.

Affect is occasionally used as a noun, particularly in psychological jargon, to mean feeling, emotion, or a specific emotional response:

The patient had a flat affect throughout the therapy session.

The protestors wanted to effect changes in public policy to mitigate climate change through worldwide marches.
Every Prime Minister wants to effect social reform during their term.

Effect may also be used with a preposition such as into or in:

The new policy will come into effect on January 1.
My mother’s anger was in full effect when she learned that I had crashed the car.

When used as a verb in the past tense, effected means to have executed, brought about, or produced something:

His teaching methods affected me greatly.

Hoping this all makes sense and will help you keep the correct usage straight in your head. I welcome I welcome your comments and feedback, and I look forward to receiving topic suggestions for future tips. 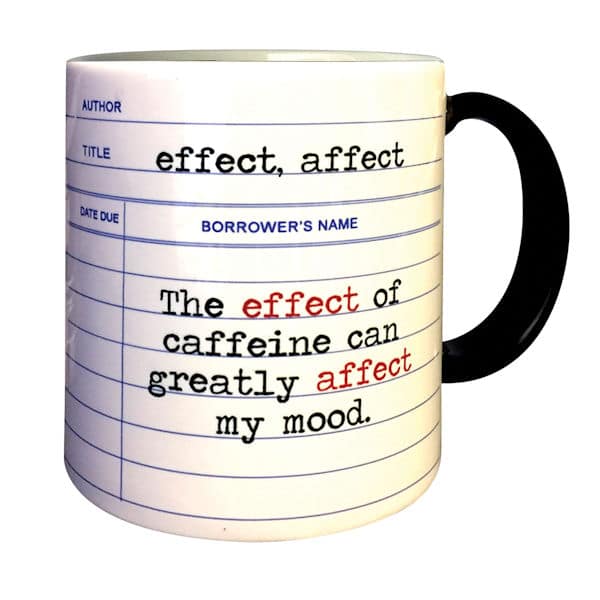