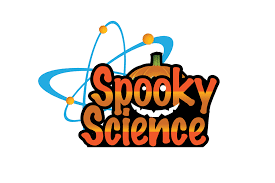 Stepping away from medical and biological sciences a bit, a foray into quantum physics teaches us about “spooky” science. In quantum entanglement, first described by Schrödinger, if you observe a particle in one place, another particle – even one that is light years away – will instantly change its properties, as if the two are somehow connected by a communications channel. Groups of entangled particles lose their individuality and behave as a single entity, even when separated by great distances.

This concept of quantum entanglement irked Albert Einstein so much that he called it “spukhafte Fernwirkung,” or “spooky action at a distance.”

Scientists have observed quantum entanglement in atoms and electrons. A laser beam fired through a crystal of beta-barium borate will cause one energetic photon to be split into a pair of two photons with a lower charge, and these two photons leave the crystal naturally entangled with each other. This pair of entangled photons may be widely separated, but remain connected, so that actions performed on one affect the other. For example, when observed, the first photon takes on a particular spin state. The entangled second photon takes up a spin state relative (opposite) to that of the first photon, almost instantaneously, or at a speed at least 10,000 times the speed of light, regardless of the distance between them.

In an experiment that involved two diamonds set up on opposite ends of the Delft University of Technology campus (about 1.3 km apart) and each blasted with microwave and laser energy bursts, Hensen et al. report they have proved entanglement is real (Nature. 2015; 526(7575):682-686). In another test to prove entanglement over greater distances, physicists at the University of Science and Technology of China in Shanghai sent entangled photons emitted from a crystal on the Micius satellite to two separate receiving stations in the mountains of Tibet, 1203 km apart. They simultaneously measured more than 1000 photon pairs and found the photons had opposite polarizations far more often that would be expected by chance (Yin et al. Science. 2017; 356(6343)1140-1144).

These experiments into the phenomenon of entanglement evoke the possibility of hack-proof communications, where long strings of entangled photons shared between distant locations could be used as quantum-encrypted “keys.” Anyone trying to eavesdrop would disrupt the shared key and compromise the channel.

My apologies to the physicists out there for any inadvertent errors or misrepresentations in this blog. Feel free to correct any errors or expand on this topic in the comments section below.