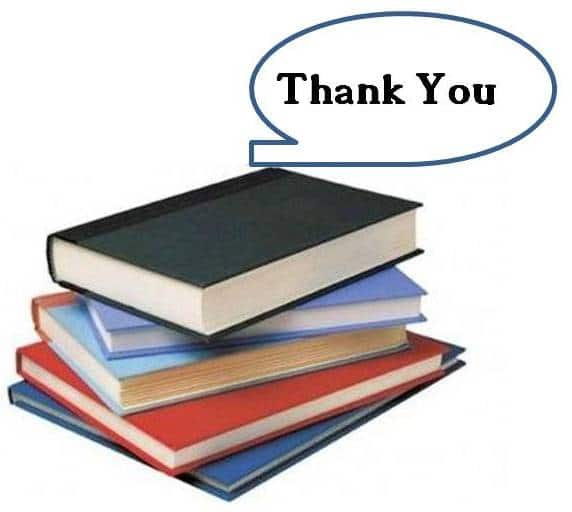 The Acknowledgements section appears at the end of the text in a scientific paper, right before the References section. It’s usually quite brief and acknowledges funding support, as well as the technical support or specialized expertise of individuals with specific elements of the study. In an MSc or PhD thesis, the lengthier Acknowledgments page is found at the front and extends gratitude to the supervisor, coworkers and fellow students, parents and friends.

In both cases, the Acknowledgements are the one place where the author(s) can have a bit of fun, with inside jokes and sometimes rather snarky comments. Today I’ll share some of my favorites found in an online search.

Some revolve around funding:

Three Italian researchers included an Unacknowledgements section: “This work was ostensibly supported by the Italian Ministry of University and Research. …  The Ministry however has not paid its dues and it is not known whether it will ever do.”

“Special thanks must go to Lewis Wright and Ross Watson, for the numerous days and weeks spent in the university library together, and Will Bates-Harrison and Alex Edwards for helping me make the most of my downtime. I’d also like to give David Cameron a massive shout out for swindling me out of an additional £6000 a year. Cheers Dave.”

Some gave rather passive-aggressive nods to reviewers and advisors:

“I thank Graham Higman for allowing the dust of Oxford to rest on my unopened manuscript for thirty months.”

“We do not gratefully thank T. Appourchaux for his useless and very mean comments.”

“We would like to thank Karla Miller for sleeping late one morning, leaving Tim and Steve a bit bored, and Saad Jbabdi for making the brains look pretty.”

Some provide insight into how the authors completed the writing:

“Most of the paper was written during my daily commute from Vancouver to Surrey, Canada, and I would like to acknowledge TransLink, Metro Vancouver’s regional transportation authority, for making the task of writing in buses and trains such an enjoyable exercise.”

“We acknowledge Snowpocalypse 2010 for making the long-awaited completion of this paper possible.”

“B.J.H. would also like to thank the U.S. Immigration Service under the Bush administration, whose visa background security check forced her to spend two months (following an international conference) in a third country, free of routine obligations—it was during this time that the hypothesis presented herein was initially conjectured.”

“My deepest gratitude goes to my family, mentors, colleagues, research participants, and to my adviser for the unending support in making this research possible. And to all of my friends, without you I would have graduated two years earlier.”

“… I also want to thank my three rescued cats, Sean, Blue, and Funny, for keeping me company and keeping me entertained during countless hours of writing and proofreading. Adopt a rescued animal if you can!”

Peter van der Linden, in “Expert C Programming: Deep C Secrets”: “I hereby dedicate this book to pizza, Dalmatian dogs, Sunday afternoons in a hammock, and comedy. The world would be a lot better off if there were more of these. I plan to become reacquainted with them all now the book is done. In fact, I think I’ll spend next Sunday afternoon swinging in a hammock, and laughing at my Dalmatian dog’s attempts to eat pizza.”

Some other honest Acknowledgements:

“I blame all of you. Writing this book has been an exercise in sustained suffering. The casual reader may, perhaps, exempt herself from excessive guilt, but for those of you who have played the larger role in prolonging my agonies with your encouragement and support, well … you know who you are, and you owe me.”

It’s all science, after all:

“The large number of acknowledgements is because we’re testing the theory that everyone mentioned in a book acknowledgement will buy at least one copy, probably what with relatives and everything. If you’d like to be in the acknowledgement of our next book, and you have a large family, write us.”

And finally, some fun Dedications:

“To Rachel, who dealt the worst game of Settlers of Catan in the history of humankind.”

“To Carley, who was a better person than I am even though she was a dog.”

“If this book is a success, I dedicate it to my students and colleagues, past and present, in the field of logic. … If the book is not a success, I dedicate it to the burglars in Boulder, Colorado, who broke into our house and stole a television, two typewriters, my wife Helen’s engagement ring and several pieces of cheese, somewhere about a third of the way through Chapter 8.

And my own personal favorite:

“This book is dedicated to all the family members who were angry that I dedicated the last book to someone who won the dedication in a Twitter contest.”

May these inspire you to perhaps get a bit creative with your own Acknowledgements.