How to Reduce Word Count 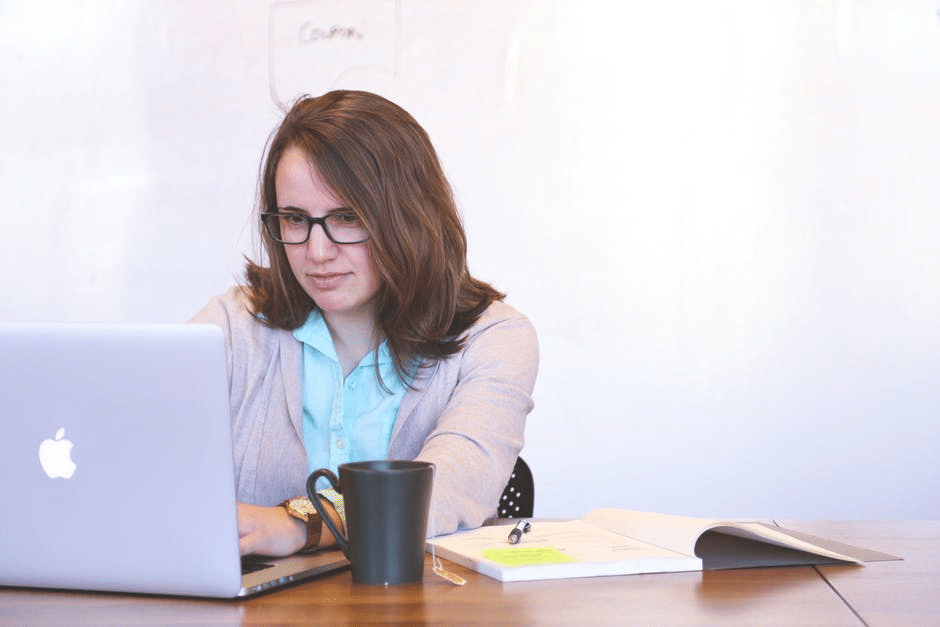 In the Instructions to Authors, most peer-reviewed journals specify the maximum length of a submitted manuscript. Word limits typically range from 3,000 to 4,000 or even 6,000 words, depending on the type of study – original article versus technical report versus systematic review or current concepts review. Some journals include the abstract and/or references within the word limit, others do not.

Regardless, we all need to be aware of length restrictions imposed by journals. In many cases, if one submits a manuscript that is even just one word over the maximum allowed, the paper is summarily rejected without consideration. It isn’t even seen by the editor. In some cases, if one addresses the manuscript being over the word limit in a covering letter and provides sound reasons as to why it couldn’t be shortened any further, the journal may take this into consideration and send the manuscript out for review.

As a general rule, I recommend that any original manuscript being submitted for the first time should be at least 200 words and ideally about 400 words less than the maximum word limit imposed by the journal. This allows enough space to properly address reviewers’ comments and add the text they’ve requested during the revision process, without having to find words to remove elsewhere. In my experience, journals and reviewers are generally unsympathetic to using the justification of sufficiently addressing reviewers’ comments for exceeding the maximum word count.

Over the years, I’ve learned a number of strategies that have become routine for me to reduce the word count in early drafts of manuscripts provided by clients. I’ve really worked to make the scientific writing efficient – unlike my verbose, more conversational style in these blogs.

I usually look at the Results section first. A great way to save words is to convert as much data as possible to tables and/or figures, and then only highlight the main take away point(s) in the text, citing the table or figure number in brackets (see my previous blog on creating figures). Many people use extraneous words and phrases to describe their results. Be as concise as possible with your word choices.

Avoid: “Table 1 describes the preoperative characteristics of the sample …”
Avoid: “As presented in Table 2, …”
Instead, simply state the main points or preoperative demographics and cite the table in brackets:
“Complete data of 64 patients (58% female) with mean age 69.3 ± 10.2 years and mean BMI 30.14 ± 6.02 were retained for analysis (Table 1).”
“All preoperative characteristics were similar for the cohorts, with mean age 69.3 ± 10.2 years (Table 1).”

Avoid sentences beginning with “There were” or “There are”, such as: “There were no statistically significant differences between the study population and the main population [or between Group A and Group B] (Table 1).”
Instead, say: “All demographic variables for the cohorts were similar (Table 1).”

Avoid vague, unspecific qualifiers such as strongly, highly, high or low, minimal, the majority of, etc. Instead, use quantitative descriptions, such as 35/40 (87.5%) patients, 37°C, twice/day, etc. Also avoid vague words such as influence. Instead, qualify the direction with increase or decrease. Or simply provide the actual numbers.

Avoid fill words and subjective words, such as undoubtedly, purportedly, in all likelihood, dramatic, unprecedented, remarkable, and notable. Simply present the results and let the reader make up their mind about the magnitude or importance of the outcome.

When summarizing the literature in the Introduction and Discussion sections, one can edit extensively to be more succinct with the language.

I hope these examples will inspire you to re-examine your writing and find ways to make the text more efficient and succinct. I’d love to hear about any tricks you routinely use to make your language more concise in the comments section below. 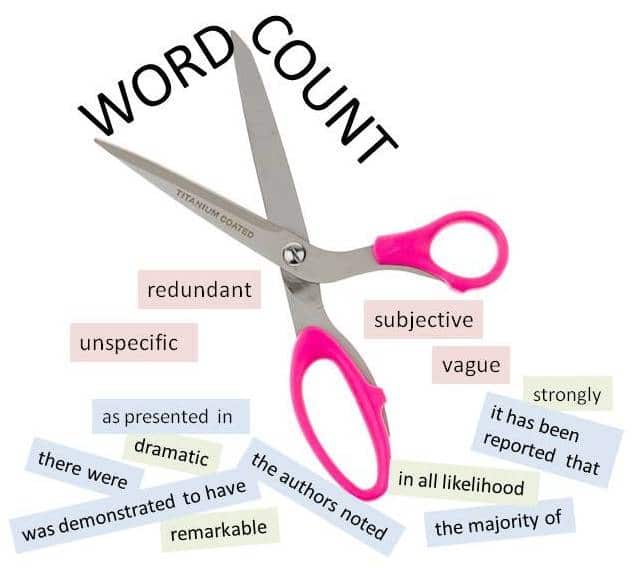