The Benefits of Chocolate 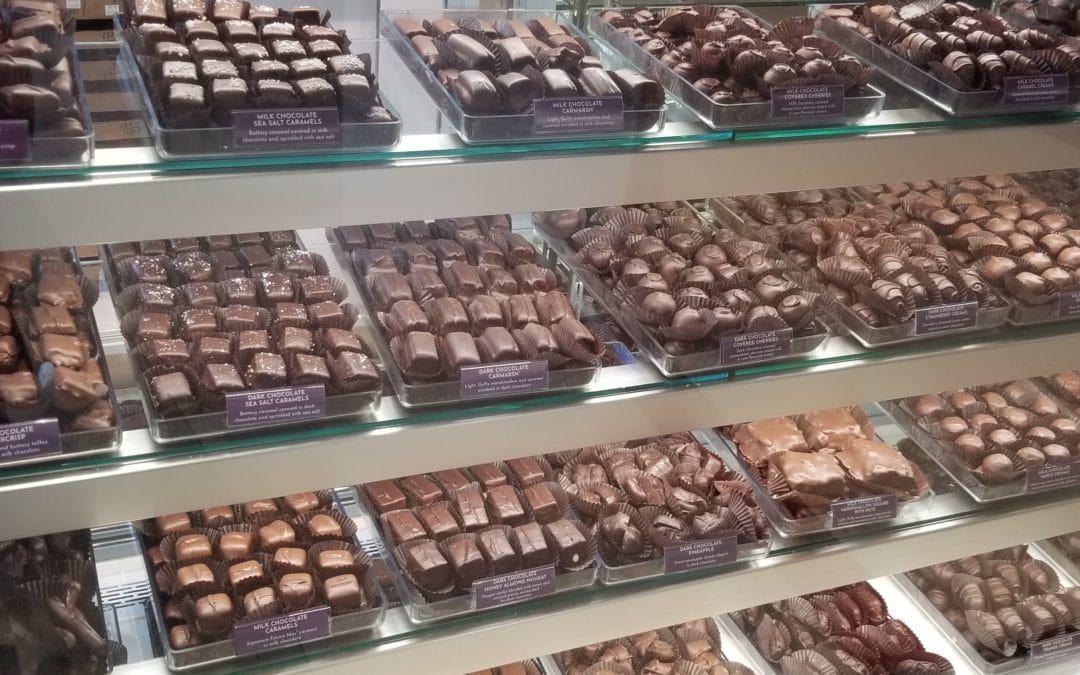 This is a particularly distracting and stressful week for Americans, as well as many others watching the US election from a distance. A Twitter poll I conducted indicates that chocolate is the favourite stress-relieving, comfort food for many people. So I thought it would be fun to re-visit an earlier blog on the benefits of chocolate. Now you can enjoy your favourite treat without the guilt.

Chocolate is the #1 food craved by women across North America. And it’s second only to pizza among men. Some people swear they’re addicted to chocolate. In fact, Americans spend $22 billion per year on chocolate, and Canadians spend about $2 billion annually. North Americans consume nearly 5.5 kg or 12 pounds of chocolate per person each year. That’s about one pound per month − that’s not so bad really, is it?

Is chocolate the “food of the gods,” an indulgence, or a necessity of life? Read on to find out about the history of chocolate and, most importantly, the benefits of eating chocolate.

The history of chocolate traces its roots back to the Aztecs. During Emperor Montezuma’s reign, cocoa beans were so valuable that they were used as currency. Cocoa, prepared as a chocolate drink, was believed to impart wisdom, provide great energy and have aphrodisiacal powers. Montezuma greeted explorer Hernando Cortez with gold, silver and cocoa, and Cortez brought Montezuma’s special drink recipe back to Spain. The Spaniards added hot water, sugar, vanilla and cinnamon, and the drink became all the rage among European nobles. It then became so popular in France that chocolate houses, much like today’s coffee houses, appeared. Later, the Swiss made the most refinements to cocoa, creating the processing system still used today. The Swedish naturalist, Linnaeus, christened the chocolate plant Theobroma cacao, Latin for “food of the gods.”

The cocoa tree grows in tropical rainforests, particularly in the Ivory Coast of Africa, Brazil, Venezuela, and Ghana. The cocoa fruits (or pods) are found on the trunk and older branches, and each pod contains 20 to 50 seeds or beans. When the fruits are harvested, the beans are scooped out and fermented in wood crates for 3 to 9 days. The beans are then dried, roasted and ground to release the fat and aromatic substances, and the cocoa is refined. About 400 cocoa beans are needed to produce one pound of chocolate.

Chocolate, and particularly dark chocolate which contains a substantial proportion of cocoa mass, has exceptional nutritional qualities, being a high energy food in a small volume. It not only contains carbohydrates, fats, and vegetable proteins, but also has large quantities of potassium and magnesium, some calcium and sodium, and vitamins A1, B1, B2, D, and E.

Chocolate contains a number of other substances in small, but effective, quantities:

Theobromine stimulates the central nervous system, facilitates muscular exertion, and acts as a diuretic and appetite stimulant.
Caffeine increases resistance to fatigue, intellectual activity, and watchfulness. An average size chocolate bar contains approximately 6 mg of caffeine, compared to 100-150 mg in a cup of coffee.
Phenylethylamine is the chemical released in our bodies when we fall in love and is chemically similar to amphetamines, therefore acting as a psycho-stimulant.
Tryptophan is an essential amino acid that increases the production of serotonin, an anti-depressant and natural stress-reducer. In fact, a decrease in serotonin levels in the brain may trigger cravings for starches, sweet foods and chocolate.
Endorphins are natural opiates released by the brain in increased amounts when eating chocolate, thereby elevating one’s mood and reducing pain.
Polyphenols may help reduce the risk of coronary heart disease and are also found in red wine, tea, fruits and vegetables.
Catechins, which are antioxidants and flavanols, may help protect the body against cardiovascular disease and possibly cancer by stimulating the endothelium to produce nitric oxide, which improves blood flow and lowers blood pressure. They are found in substantially higher quantities in chocolate than in black tea.
Anandamide mimics the effects of marijuana by acting on the same brain receptors, resulting in a very mild “high.” Plus, chocolate has two ingredients that inhibit the natural breakdown of anandamide and hence may prolong that feeling of well-being.

The recommended daily “dose” of dark chocolate is 1 to 2 ounces – that’s 30 to 60 g in Canada – or one-third to one-half of those deluxe 100 g dark chocolate bars with 70% or higher cocoa content. So it sounds like we’re not getting enough, even if we’re buying about one pound per month!

Any excuse to indulge … right?

Feel free to share comments on this blog or suggestions for other Weekly Writing tips below.