You’ve submitted your manuscript, and the decision was “revise and resubmit” – the journal has requested “major” revisions. Sometimes the reviewers’ comments are a single page of relatively positive comments that can be addressed fairly easily, along with one or two substantive points that will truly improve the paper. But sometimes the comments are several pages of sometimes harshly written points (see my recent blog post on The Best Worst Reviewer Comments) from four different reviewers that at first glance suggest a complete rewrite of the paper. How to deal with these? First, take some deep breaths. Then take a couple of days away from the paper, to let it work through your subconscious while you focus on other things. You want to be clear-headed and free of those initial emotions when you sit down to tackle the revisions. It will be easier to develop a specific strategy on how to deal with the major concerns that may require some substantial revisions.

I often tell my clients that the revision process is an art. It’s about understanding the thought processes of the reviewer. Crafting your response is as much about addressing the underlying problem that is not necessarily voiced in the actual comment, as it is about making actual changes to the language and content of the manuscript. Today I’ll explore some of the more common concerns raised by reviewers and how to address them.

Asking for something that’s already there

The reviewer asks for something that’s already in the paper. They clearly didn’t see it. My first reaction is always: “Did they even bother to read the paper? It’s mentioned multiple times! It’s obvious here in the Introduction!”

This type of comment indicates that, while the point seems obvious to us (writer, author, and coauthors), it’s not obvious to a new reader. Use this as an opportunity to rewrite or restructure the sentence or paragraph where the point is found. You may only need to tweak a sentence to make the point obvious, such as making it the subject of the sentence, rather than hiding it in an ancillary phrase. Or perhaps switch from passive voice to active voice, or vice versa (see my earlier blog post Is Passive Voice Passé?). Sometimes the point in question needs to be moved to a different place in the manuscript for a better fit. Maybe it was hidden in the Methods and should be first mentioned in the Introduction? Maybe it needs to be reiterated in the Discussion?

Asking for a better explanation, but without going into detail

The reviewer either doesn’t understand or misunderstands a point made in the paper and asks for a better explanation. However, this may be a side point in the paper, or you don’t want to make it a major point that will distract from the main result, or you are limited by a journal’s strict word length limit.

In this case, it’s best to re-evaluate the current text. What is it really adding to the manuscript? Is it supporting the study’s purpose (see my previous blog post on writing The Purpose Statement) and main outcomes? If so, rewrite it to make that clear. Is this message detracting from the main outcome? If so, consider removing it from the manuscript. If it’s an important, but secondary point, revise the language to make that clear to the reader. Examples:

“As an aside …”
“Exploring a different direction …”

Your response to the reviewer can be lengthy to provide a full explanation and justification, but keep the revised text in the manuscript as close as possible to the original length – revise what’s already there and add the equivalent of only one full sentence of new content.

Reviewer 1 compliments something and emphasizes its importance, but Reviewer 2 or 3 harshly criticizes the same item. What to do? It can be quite the juggling act to appease both reviewers successfully.

Responding appropriately to reviewer 2 is the bigger concern, as s/he clearly missed the point and doesn’t understand the value of that information. The paragraph needs to be rewritten so that the point made therein better supports the main premise of the paper. In the rewrite, make the paragraph longer by one or two sentences, which will address Reviewer 1’s comment.

In the response to Reviewer 2, explain why the paragraph is critical to the paper (use some of Reviewer 1’s wording, if s/he provided any reasoning), and that you’ve rewritten the paragraph to make the value of this point clearer.

Language needs to be edited by a native English speaker

If the review process is truly double-blinded, so that the reviewers don’t know who the authors are and also don’t know the institution or country where the study was performed, then this comment is likely legitimate and based on the actual language within the paper. I’ve seen many papers by German- or French- or Chinese-speaking authors who carry the grammar and sentence structure rules from that language into their English language manuscript. It makes the paper more difficult to read, and the concepts much more difficult to understand.

In this case, I recommend using the services of a professional copy-editor to improve the language of the manuscript and showcase the salient points of the paper. It’s well worth the investment. And I’d be happy to assist with this sort of work. If this is simply not an option budget-wise, ask a colleague whose writing skills you really admire if they’d be willing to copy-edit the language for you.

In your response to the reviewer, thank them for the suggestion and indicate that the full manuscript has been reviewed and language corrected by a professional copy-editor, or by an individual whose first language is English.

However, some peer reviews are open (no blinding) or single blind – the authors don’t know who the reviewers are, but the reviewers have access to the authors’ names. Twitter abounds with stories from authors with “foreign” (i.e., non-English sounding) names who have received this criticism, despite them speaking and writing English as their first language. The reviewer’s comment seems to come from a position of bias, or as an “easy” criticism to make when s/he can’t find much else wrong with the paper. After you’ve cooled off from this insult, ask a coauthor who was only involved in editing (or a colleague who was not involved in the paper) and who has very good English skills to edit the paper strictly for improving the language. See if you can find at least 8 to 10 changes that can be made.

In your response to the reviewer, indicate that the manuscript has been re-reviewed by the author group (whose first language is English) and a departmental colleague, and the language has been corrected as needed. Cite a few examples of corrections that were made. Then suggest that if the reviewer has any remaining concerns regarding poor language, to provide specific examples, so that you can address them appropriately.

Well, this turned into a rather lengthy blog. I hope you find the above suggestions helpful when revising your next manuscript. I’d love to hear how it all turns out in the Comments box below.

As always, I also welcome suggestions for future blog topics. 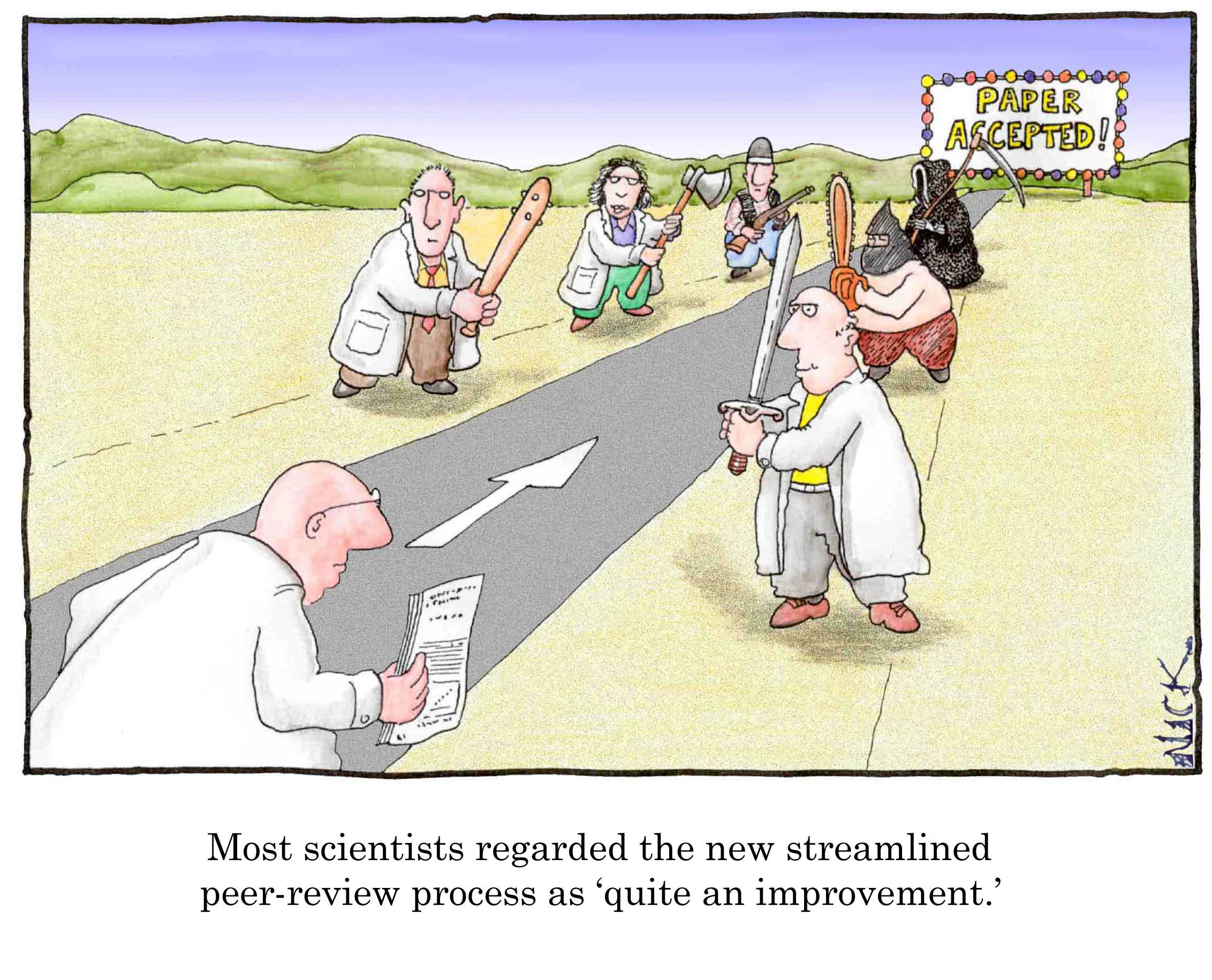